About us
home / About us / Our story 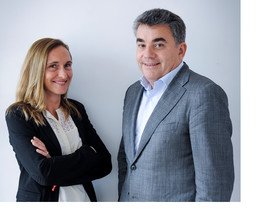 The story of people&baby began in 2004 against the backdrop of a chronic lack of space in childcare centres all over France. Today, people&baby includes 630 private and public centres and has become the leading family owned and operated independent childcare solution in France.

people&baby is 100% owned by its two founders: Christophe Durieux, an entrepreneur, and Odile Broglin, a paediatric nurse. The network is the only of its kind whose daily operations are overseen by a woman specialised in Early Childhood Development.

A community-oriented model childcare centre for all

Since its inception, people&baby has been built on an innovative model based on a true commitment to community. In fact, all of our centres are approved by French Mother and Child Protection Services (PMI) and eligible for French family allowance (CAF) benefits, which means parents can enjoy the same rates at our multi-formula centres as for public facilities.

In addition, a unique partnership with the French employment office (Pôle Emploi) called “Crèche Solidarité Emploi” provides job seekers with occasional care. This community-minded initiative is the only one of its kind.

In the same spirit, Crèches Pour Tous posts the availability of all people&baby centres (750) and partner establishments (2,630 private and public centres) so families can learn about open spaces in real time.

A company with more than 15 years of growth

Since it was established, people&baby has made the choice to create a dense and far-reaching network of centres to offer families a range of childcare possibilities near their home or place of work. With more than 750 people&baby operated centres, we have posted an organic annual growth in excess of 40% since 2004.

In 2015, people&baby expanded our range of services with Flexi Family, an online platform with advice and in-home services (Childhood, Dependence, Home, Parenting) to help make life easier for families. The company joined the French Federation of Personal Services (FESP).